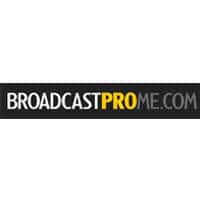 In efforts to achieve the goals listed under the ‘Quality of Life Programme’, The General Commission of Audiovisual Media (GCAM) is contemplating opening 45 cinemas by 2020, according to the CEO Bader Alzahrani. Alzahrani will be the keynote speaker at the Cinema Build KSA Forum, which will be organised in Riyadh on April 14-15.

Sharing the plans for GCAM, Alzahrani said: “The cinema sector in Saudi Arabia will see significant growth, especially with GCAM’s continuous efforts to facilitate and promote national and foreign investment to enter the sector.”

He said GCAM’s emphasis is on providing various entertainment opportunities for everyone, which will enhance and contribute to diversifying the economy.

With a population of more than 32 million, and a majority of whom are under the age of 30, Saudis spend about $30 billion annually on tourism and entertainment outside the Kingdom, which makes the move to allow movie theaters open a domestic market expected to be worth up to $1bn in annual box-office sales by 2030.

The Kingdom is set to have nearly 350 cinemas. With more than 2,500 screens which they project will create more than 30,000 jobs.

Organised by Eyes of Cities in collaboration with Great Minds Event Management, Cinema Build KSA forum will represent a specialised event bringing together the key stakeholders across the design, construction and technology sectors to discuss the latest trends and techniques of building world-class cinemas in the Kingdom of Saudi Arabia.